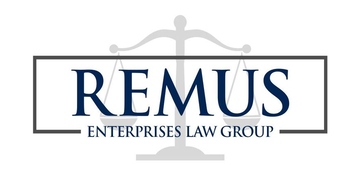 In the Legal Zone law blog & legal podcast, we tackle tough family, litigation & other legal matters to give you better insights on legal matters to help you make better legal decisions on what matters most.
‍
‍Directly Serving Washington D.C., Alabama, Washington State & Maryland and have additional council across the country & internationally.

In this episode of the Legal Zone, we speak with Amir, a man who is going through a story that you can’t imagine is happening and cannot believe. Before a civil protection order was filed, Amir and the mother of his 2 children were involved in the #muslimdivorce process with reciprocal child custody arrangements. After some time, however, the attitudes and actions of the mother changed which led to the filing & implementation of a CPO, an interfamily offense which when implemented by a court, creates a presumption that you’re unfit and can no longer can share joint custody.

We have a client going through a serious child custody legal matter and we sit with him to discuss the facts related to his ongoing, complex #childcustody legal matter. Antonio Marsh is a father of two children. Before his children’s mother passed away in 2019 in a car accident, Antonio had negotiated parental rights outside of court that were contingent on negotiated support payments between the two of them. When the mother passed away, her mother, the grandmother of the children fought Antonio, the surviving biological parent, until the grandmother, AND his former attorney passed away. This is when the mother’s sister (aunt) files to intervene to get custody of his daughters and the story doesn't end there.

Do not underestimate the power of a civil protection order! Many states of laws that state any parent who has a civil protection order against him (or her) is not fit to have custody of his (or her) child. In this article, we discuss how even inflammatory texts can lead to the loss of custody & parental rights and create an uphill battle to seeing your children.

We are open Monday to Friday from 9 am to 5 pm.